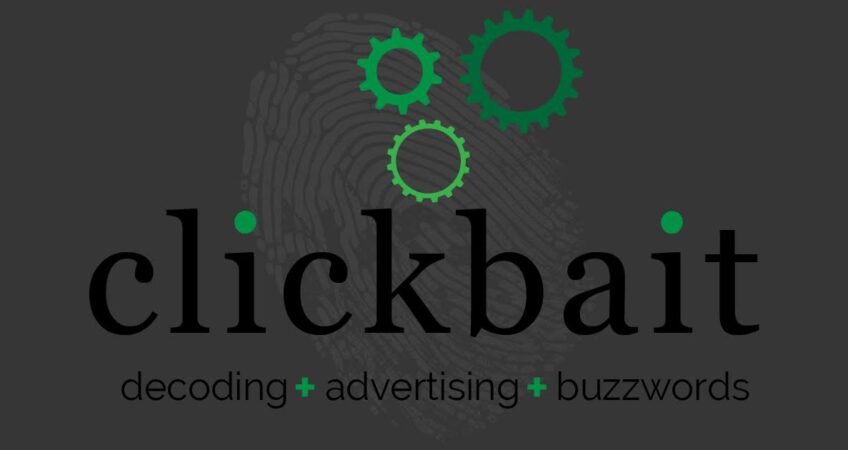 According to Wikipedia, the definition of clickbait is “…a text or thumbnail link that is designed to entice users to follow that link and read, view, or listen to the linked piece of online content.”

So, by that definition, isn’t this article clickbait?

I’m hesitant to say yes, because generally, clickbait gets a pretty bad rap.

Why is that? Isn’t the purpose of all content to encourage your audience to take interest, pay attention, and ultimately take action?

We already know how saturated the market is, we see an endless stream of advertising and email campaigns that are desperately trying to get us to click, call, or interact. It’s getting harder and harder to be heard in the echo chamber that is the world of marketing.

That’s where clickbait comes in. The easiest way to define clickbait is to think of it as a shortcut.

It’s why you’re more likely to click on a video with a shocking title like “Man tries to hug wild lion on safari – watch what happens next” than one that says “Man who approaches lion escapes unscathed” – the question has already been answered for you.

Clickbait plays on the most basic aspects of human nature. That’s why it works.

Sure, there are instances where it’s used by less-than-reputable companies and entities. You should avoid that poorly-designed ad that keep popping up promising you “$1,000 a day – just for working from home!” It’s definitely an empty promise.

But, sometime clickbait is simply a cleverly-worded headline that almost dares us not to click.

A BuzzFeed article titled “Donald Trump Secretly Told The New York Times What He Thinks About Immigration”, for instance. Does BuzzFeed have an inside source in the White House or at The New York Times that spilled the beans on some secret conversation regarding immigration policy between the President of the United States and one of the nation’s most reputable newspapers? Probably not. But am I going to click on that article just in case? Absolutely.

Maybe that’s why people hear the word “clickbait” and cringe – they know exactly what it’s designed to do – outsmart them.

They also know they’ll most likely fall for that tactic.