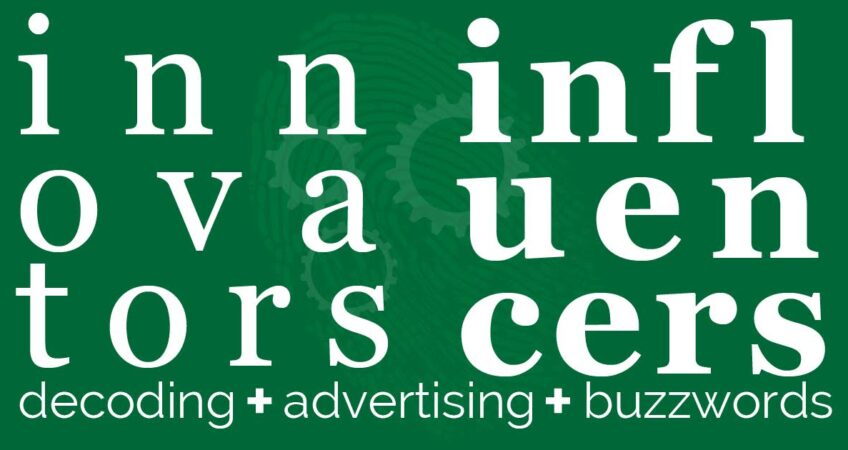 By definition, innovators are people who introduce revolutionary new ideas and strategies.

When they’re put into the shoes of being the customer, they take risks. They are the early adopters, the first to buy a new product when it comes on to the scene, and the first to try to improve upon it. When they’re in the position of the brand itself, it’s all about standing out.

This is especially true when it comes to new technologies.
Take the iPhone for an example. Not only is Apple as a company an innovator, making a name on the tagline “Think different.”, so are their most loyal customers. Die hard fans will immediately scrap older models for the newest iPhone, regardless of how good their old one might be working.

So, what’s the big deal?

In today’s society, innovators can go by another name you might be more familiar with – influencers.

In the digital age that we live in, companies are extremely reliant on product reviews, public perception, and brand image. And the truth is, most of us don’t have time to do extensive research before we make a purchase or choose to interact with a certain brand.

Influencers can have impacts both big and small. Let’s take a look at some examples.

The Coke versus Pepsi debate has lasted almost as long as both soda companies have been in business. In an effort to stay relevant, Pepsi looked to social media engagement. Their recent #SayItWithPepsi campaign combined organic-style content and youthful trends to appeal to their target market. In this case, that was millennials.

They went with limited edition packaging featuring over 200 emojis specifically designed for Pepsi, allowing fans to take an emoji holding a baseball with them to the ballpark on a hot summer day, or one with an umbrella to the beach on vacation. Incorporating original blog posts and branded video content further amplified their message, and ended up garnering more than 50,000 engagements.

So, how can influencers do more than just push the needle when it comes to sales?

The answer is simple: by giving important issues the spotlight they need.

Pants Off, an MTV show focused on open dialogue regarding sex ed and relationship advice has given confused teenagers a place to access information that might not be provided to them at school or by their parents.

In an effort to reach their audience more directly, they took to SnapChat. Laci Green, host of the show, was already well-known as a sort of sex ed influencer in her own right, which definitely helped to give this campaign legs.

For eight consecutive Saturdays, MTV ran Pants Off shows on SnapChat, exactly like a regular TV show would air. Their goal was to garner attention by featuring other influencers who already had their own audiences and increase awareness for the show’s overarching message. Some of their more notable features included Vine star Klarity, and YouTubers Hartbeat and Rebecca Black.

Social media can feel incredibly personal, especially to the younger generation. The level of authenticity and openness that these SnapChat “episodes” showed viewers resulted in between 3 and 5 million views and hundreds of shares.

For some young people, there is a very good chance this was the first easy-to-understand conversation about sex they’d been exposed to.

We talk a lot about staying ahead of the curve. At the end of the day, that means using all the tools at your disposal. Social media is a huge part of that equation.

From hashtags to followers, stay up to date on trends – it could lead to connections you’re looking for.