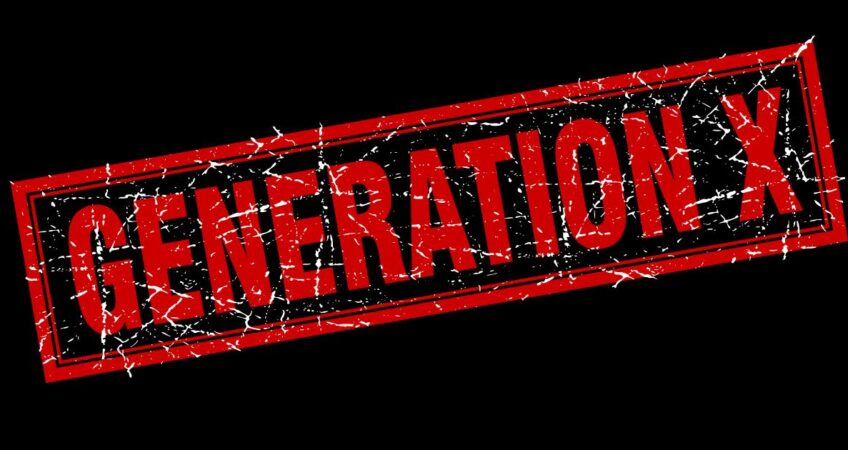 We spend a lot of our time these days talking about Millennials and Baby Boomers, but there’s a large group situated right in between the two that makes up a huge segment of potential customers for companies and ad agencies to target.

That “forgotten middle child” of sorts, is Generation X.

Currently juggling families, children, and careers that are peaking, this is the generation of grunge, the dot-com boom, Enron’s crash and the Challenger disaster. They’re not quite as optimistic as the generation before them, and not quite as jaded as the one after. In a lot of ways, they slip through the cracks.

Many of them find themselves at a crossroads, raising kids of their own and still juggling the tuition debts they racked up when they were children themselves. They’re tech-savvy enough to stack up to millennials on that front, even surpassing their younger counterparts in social media usage – more than 80% of them are on Facebook, Twitter or both.

Growing up in an era where much of the technology we see as commonplace today was still in its infancy, but reaching the peak of their professional careers when in its heyday creates some confusion on just exactly how to best reach this group.

Here are a few ideas to help you do just that:

Because they started their professional careers on the verge of the Great Recession, Gen Xers like to hold on to their money, and understandably so. Whether they’re paying off student loans, saving up to start their own business or buy a home, in a lot of cases, money has been tight for much of their adult lives.

I’m going to throw out a messaging tool here that might strike you as overdone: email.

Email reaches them at every point of contact you could hope for – at work, at home, on tablets, desktops and everything in between. Your message has an even better chance of hitting home if it does one specific thing: make their lives easier.

One company that’s doing a great job of this is Blue Apron. When you go their website, you’re immediately greeted by a popup that promises a $50 coupon when you order within the next 30 minutes. Not only does the company make meal prep easy, they make it cheap, and customized to your family’s needs.

The same can be said for Petco, who offers to send disposable, quickly-used products to your home at the interval you might need them. Running out of kitty litter? Don’t worry about it, there’s a box waiting on your front step when you get home from work. Where millennials become brand loyal based on social issues, Generation X becomes brand loyal through initiatives like this: simply taking one thing off of their constantly expanding to-do list.

While they might not get as much publicity as the Millennials or the Boomers, they’re a huge portion of the population you don’t want to forget about.