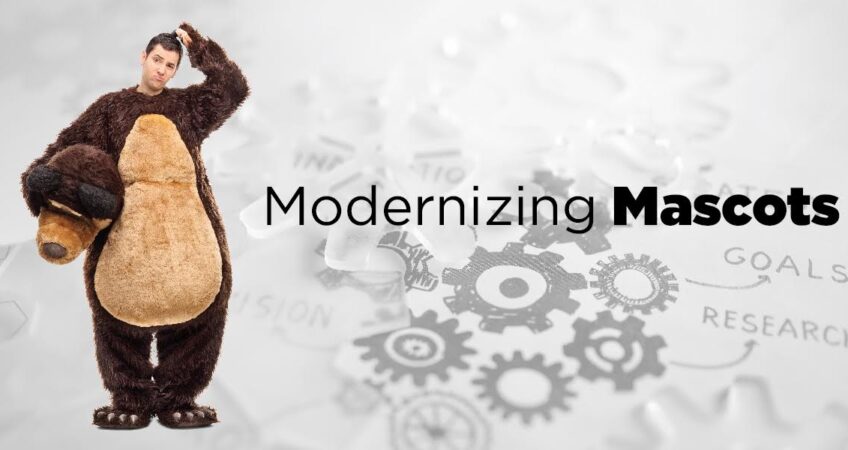 Corporate mascots are a huge part of brand identity, name recognition and customer loyalty. Come on, who doesn’t love Ronald McDonald or the Jolly Green Giant?

Of course, as times change, some mascots have begun to cause their corporate counterparts more harm than good. Something that might seem belittling or even racist by today’s standards could have seemed like harmless fun when the idea was originally thought up.

If you need an example, imagine pitching Uncle Ben or Aunt Jemima as a mascot in today’s politically correct world.

While both these characters have been modernized, their original renderings on packaging would absolutely have been considered offensive by our current standards. Aunt Jemima’s current logo, an image of a professional, put-together black woman could be mistaken for the company’s CEO, not just a caricature – a far cry from the pre-1950 almost minstrel version.

But that’s the point – they’ve adapted. A brand that has been around for so long become a staple in people’s lives, a must-have grocery item. For many people, Aunt Jemima is synonymous with pancakes.

Recently, Land O’ Lakes followed suit, removing the Native American maiden that has appeared on their packaging for almost 100 years. The packaging ranks pretty highly in terms of recognizable, iconic and artistic. It shouldn’t surprise you to learn that people had mixed feelings about the change.

Is this a step overboard? Are we becoming too concerned with political correctness as a society? Or are we simply evolving and maturing? These are important questions for ad agencies and companies to consider, both here in Colorado and around the world.

My middle school mascot was a Native American warrior. My hometown football team is the Chiefs. I understand that people become attached to these things, and tie in memories and traditions with mascots.

But I will mention a caveat – if there’s even a question of racially or politically tinged messaging to your brand, does that overshadow its quality? For instance, pre-packaging change, a Native American woman might have been so put off by Land O’ Lakes’ choice of mascot that she would avoid purchasing it.

Why fight the change? Why turn away potential customers? If the product is high-quality, do you really need to rely on an outdated, one-dimensional mascot to help you sell it?

Whether or not other companies that sell products featuring stereotypical imagery will follow suit and discard outdated packaging and branding attributes is up in the air, but at the very least, this decision from Land O’ Lakes has challenged us to focus on the beauty of diversity, learn about the importance of respect for cultures other than our own and forced us to take a step in the right direction.