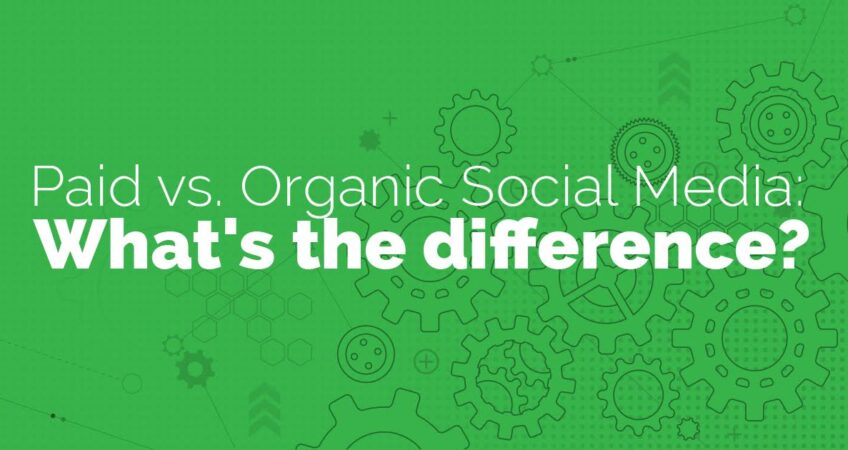 Social media culture is changing almost constantly, so it’s understandable that sometimes the terminology can get a little confusing. One of the most common question marks in regards to online advertising is the difference between organic and paid social media.

Both organic and paid social media have their advantages and disadvantages, but, like a lot of marketing practices there’s no clear answer as to which is “better”. They work best in a social media strategy that incorporates both of them in their own distinct way. Before we get into the nitty gritty, let’s clarify exactly what some of the differences are.

Organic social media is basically anything going on in the feed that wasn’t the product of a paid promotion. For instance, if I’m scrolling through my Facebook news feed and comment on a post from The New Yorker – a company that I choose to follow and interact with regularly – that’s an organic interaction. They didn’t sponsor their article, I came across it and am interacting with it naturally.

Paid social media, on the other hand, is anything that’s affecting your advertising budget. If you’re spending money on it, it counts. Let’s say that same organic social post I referenced before has a “Sponsored” tag above it and I still decide to interact with it. My comment now represents a paid social interaction.

So, why do you need to use both?

When social media was just getting off the ground, simply having a presence was enough. If a company was on Facebook, they were just about as likely to be seen by a variety of users as their competitors were. But because algorithms have changed and advanced, timelines on the four biggest social media sites – Facebook, Twitter, Instagram and LinkedIn – are no longer chronological.

This means that what users have interacted with in the past plays a huge role in determining what they’ll be exposed to in the future. Because of this, organic reach on its own simply doesn’t cut it anymore.

Don’t take that as a sign to completely cut off your organic posting quite yet, though. Social media is still the main way people get quick information about your company, ask questions, and stay updated on internal news. All of these interactions are organic, and have the potential to guide them to your website, other social media feeds, or even pick up the phone and call you. Plus, they won’t feel like they’re being sold to.

In short, organic and paid social media feed off of each other. Neither would be successful without its counterpart, and they should both remain an important part of your ad agency’s social media strategy.