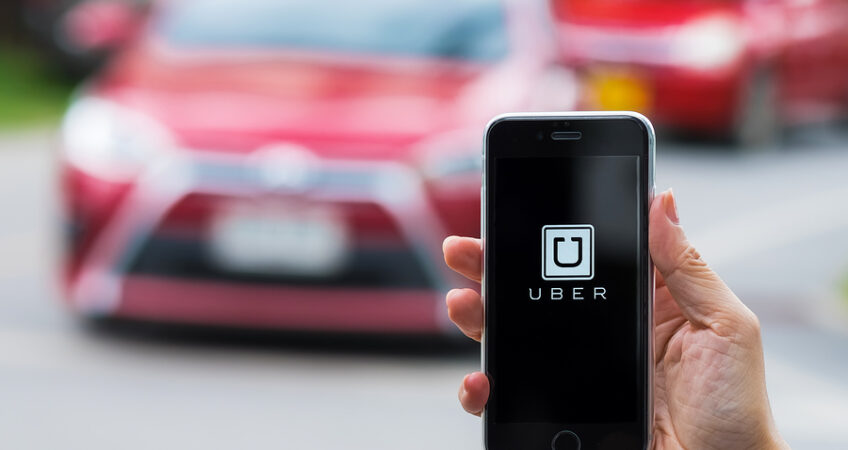 While working with a variety of small businesses here in Denver, I have heard many great ideas, concepts and business plans. In fact, that is what an advertising and marketing agency is ultimately on the look out for: original and novel thoughts paired with the people courageous enough to pursue them. This past weekend, I uncovered a great new company that has recognized a consumer need, implemented a business plan that fills that need and launched a great brand to publicize it.

The vehicle for hire industry has for years been dominated by the easily identifiable yellow taxicab. This industry has done a terrific job consistently using the recognizable yellow and black visual identity system. If a marketing agency were to put together a creative strategy, I am sure any advertising agency would see the brand equity in the black and yellow color scheme. The majority of taxi companies in different locations are distinct and separate businesses, but still uses the branding, as well they should. Although the visual identity system is a benefit to a yellow taxi brand, their reputation for poor service, filthy car interiors, dishonest drivers and a difficulty in acquiring a car have damaged their brand. This is where the company Uber comes in.

My first experience with Uber was at a charity breakfast event where they were a sponsor. They had donated  $20 gift cards to every attendee, which wasn’t a small contribution with over 200 people present. As the owner of an advertising agency, I was very impressed with their promotional material. They must have hired a very capable marketing agency to establish their branding and visual identity system. The logo was simple and sleek while appealing to a wide audience.

Uber’s product is a significant step up from the common taxicab journey, while being barely at a 10% premium price point. After my initial ride with them, I can see that they focus on the experiential aspect of the ride with small details making all the difference. The biggest of these differences is their smartphone app and website ordering system. Once I signed up for an account, giving my personal info, picture and credit card information, I downloaded the app to my Iphone. With this app I was able to place a request for a car, get a estimate on the fare and track where my car was thorough a real-time Google map interface. After waiting approximately five minutes, my driver pulled up to the curb right outside the restaurant where I was enjoying drinks with friends in a brand new black Lincoln Towncar. He was dressed very well in a black suit, immediately exiting the car to open my door for me. Once inside, I was really impressed with the cleanliness of the vehicle (although it was brand new), the small details (they provide small bottles of water) and the driver’s approach. All were first class.

Uber has seen a niche in the vehicle for hire industry and is starting to capitalize on it. They have taken the jump into a crowded and commoditized market creating a brand new category. After researching the company for a bit, it has come to my attention, that Denver isn’t the only city they have started in. In fact, they are in multiple US cities such as San Francisco, NYC and Seattle as well as international locations in Berlin and London.